Your internet activity may be monitored by an abusive person. Please use caution when browsing our website. Learn more about safety planning and technology. To leave this site quickly, click the Leave This Site button, located in the bottom right of your screen.

Her Own Wings Gallery Opening 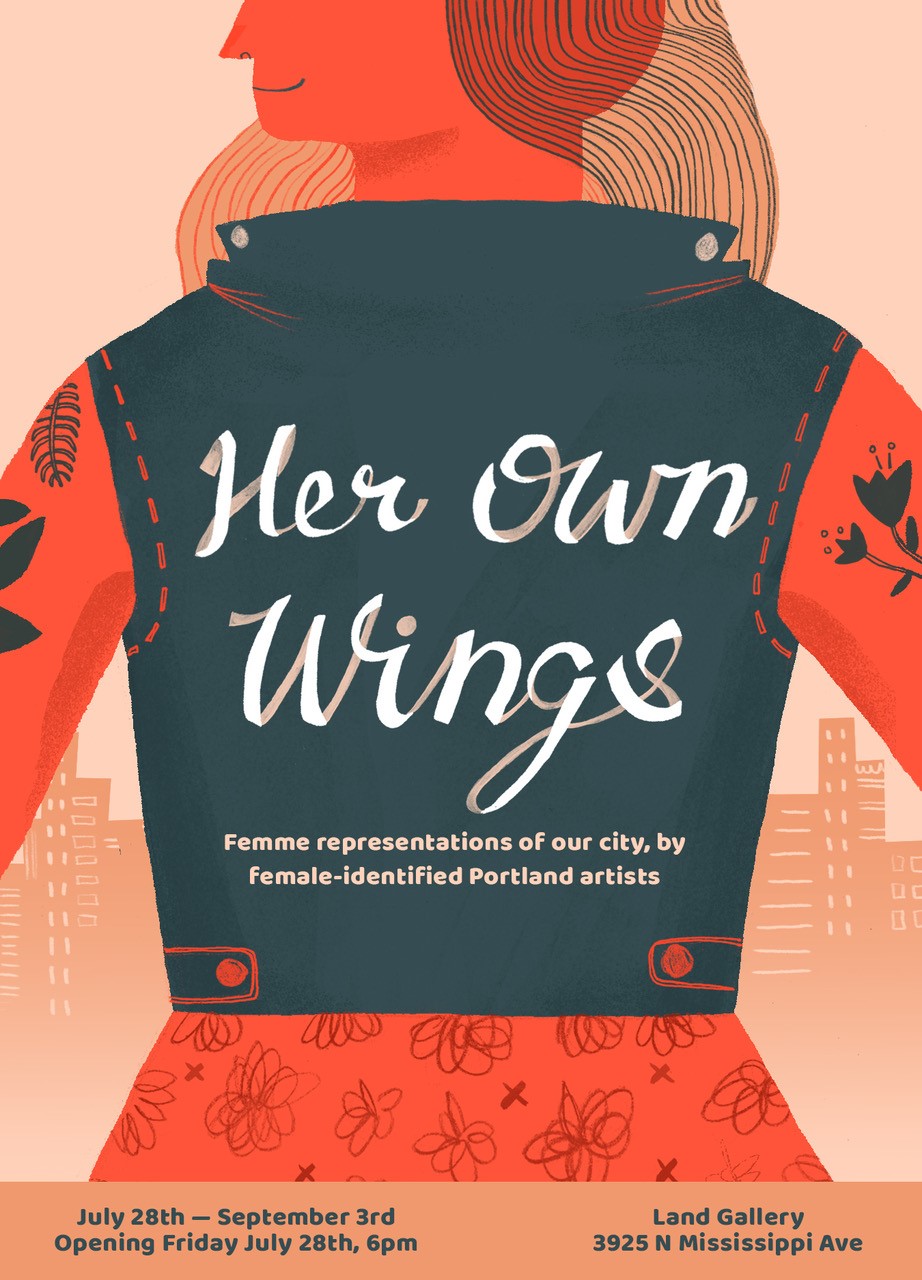 Her Own Wings is a gallery show of femme representations of our city, by female-identified Portland artists.

The origins of the show are very much rooted in the City’s attempt–and ultimate failure– to create a strong female personification of Portland through Raymond Kaskey’s 1985 Portlandia sculpture, which sits atop the much derided/occasionally beloved Portland Building.

Somehow, despite the original intention behind commissioning Portlandia being to have her as a promotional image for the City (Portland’s own Statue of Liberty), the City ultimately agreed to let Raymond Kaskey retain exclusive image rights. Kaskey is famously litigious, which is why you rarely see Portlandia anywhere other than hanging over SW 5th and Main.

The gallery opening is on July 28th at 6:00 PM, but the art will be up through to September 3rd!

All proceeds will be donated to Call to Safety